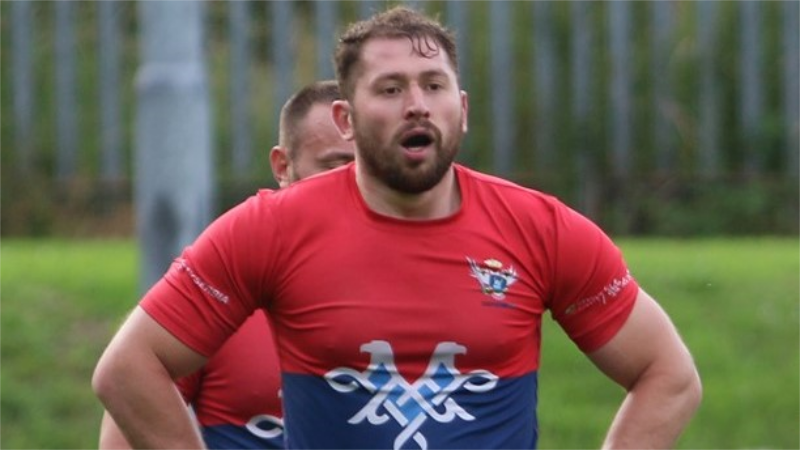 We have met Milos Calic, Villefranche forward from Serbia, who explains to us why he chose Villefranche and talks about the two important coming games with his national team.

Milos, can you quickly present yourself ?

Hello, first thank you for getting in touch, and thanks to Treize Mondial. My name is Milos Calic, I’m from Serbia, I’m 27 years old and I’ve been playing rugby league for almost 14 years. The last two years I have been playing in France, last year with Villeneuve Leopards and now with the VIllefranche Wolves.

Why did you choose Villefranche ?

Generally I picked France because the rugby league level here is more competitive than in Serbia. I like to push myself to become a better rugby league player, so Villefranche Wolves was the best option for me to achieve my goals. So far things are going really good, we have won 3 games in a row. The Coach « David Collado » has done a wonderful job preparing the team for this season. The team has been welcoming me from the first day that I have arrived in Villefranche and this had made my transition very easy and enjoyable.

How does the Serbia group feel before these 2 games ? Do you think you can achieve it ?

My answer is YES, definitely. I think we can make it !!! New coach « Stuart Wilkinson » brought a lot of good stuff and energy. All the coaching, managing staff and all players put heaps of time for this dream to become a reality, and honestly this is the best chance ever for Serbia to play their first WRLC. And this time we will grab this opportunity. First game is against Scotland. A rather experienced opponent, but no matter who we will face I’m sure we will give more than 100%. Every players are really motivated for these two coming matches.

The Greece game, will be one of the most important game of your life ?

Definitely both games against Scotland and Greece are really important for us as a National team. We know that the Scotland team will be the toughest team to beat, however we also believe that Greece will be preparing very well for this coming games so we are going to take both game seriously. The two WRLCQ games will be the biggest rugby league matches I have ever played in my 14 years rugby league career. And definitely I’m sure we will give all we have to make this dream come true. For me this maybe the last chance to play WRLC, because for the next one i will probably be too old to pick up the oval shaped ball.