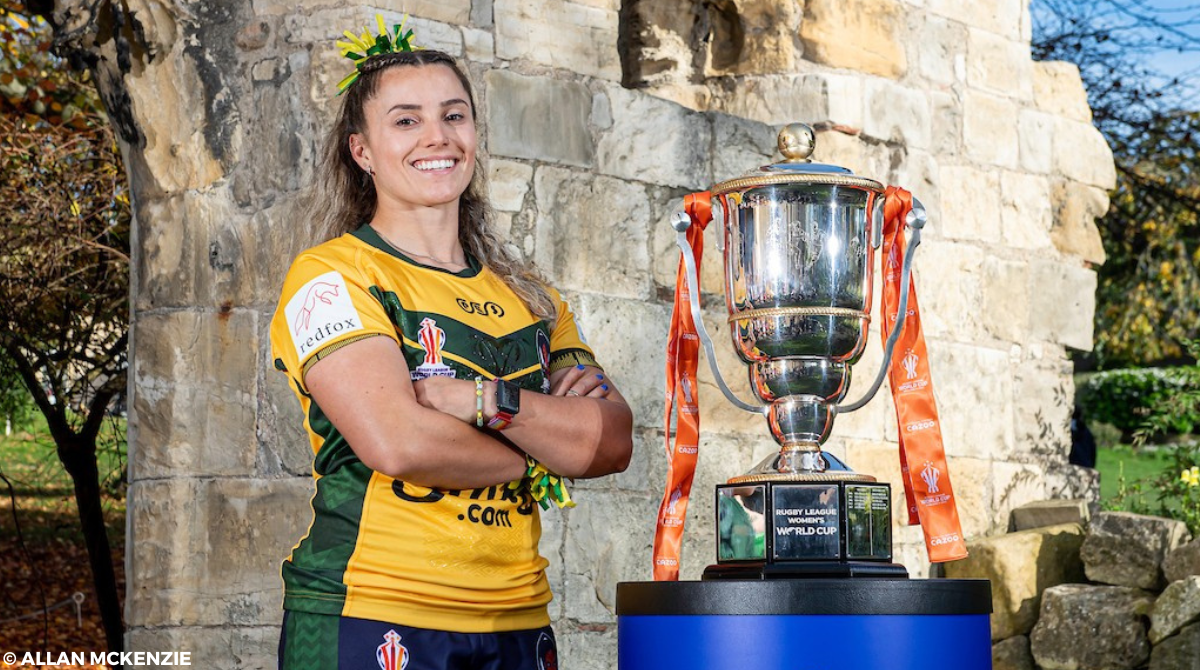 Maria « Magá » Graf : « We have enormous potential to take a step higher in the next RLWC »

We had the opportunity to talk to the captain of the Brazilian women’s national team, Maria « Magá » Graf. She spoke about her debut in rugby league and her goal to be present at the next World Cup in France.

Can you introduce yourself to our readers ?

Well, first, thank you for the interview and the opportunity for people to know more about rugby in Brazil. My name is Maria Gabriela Graf but everyone calls me Magá. I’m 27 years old and I got to know rugby 7s in 2013. Before that I was a volleyball, judo and mainly futsal athlete for many years. I have a degree in Physical Education and work as a personal trainer and manager of my club here in Florianópolis, Santa Catarina. And I’m also a rugby union referee these days.

How does women’s rugby league work in Brazil ?

The rugby league is recent in Brazil, here we play a lot more 7s and we are also starting with XV. In 2018, this dream of the Rugby League World Cup came about, so we played a game against Argentina for the South American Championship and 2019 started the national competitions, with 9s and 13s. There are still few clubs, but the expectation is to grow a lot in the coming years.

How did you start playing rugby league ?

With this game in 2018, the coach at the time called me and asked if I wanted to play, but I didn’t even know the rules, it was fun actually. The following year I participated in a national team training, and in 2021 I played the national championship for fun, because I had already been retired since 2019, this is curious. With the postponement of the Cup, I had already given up, this year I didn’t play the national one, but Brazil’s coach convinced me to go back to training with the national team and so I had the best experience of my life.

What is your assessment of this first World Cup ?

It was amazing, really a dream ! The organization and grandeur of the tournament were impeccable. Meeting wonderful people, learning a lot about rugby league, receiving so much affection, in fact I miss it already.

Talking about on the field, we are in our first steps, a lot of learning. Sometimes we win, sometimes we learn. I always emphasized to the girls : let’s have fun playing rugby, the rest follows.

The next World Cup takes place in 3 years in France, is this a goal for you ?

I think I need to cancel my retirement, I want to be in France for sure. We have enormous potential to take a step higher in the next RLWC. I’m looking forward to it.

What are your personal ambitions for the future ?

I want to immerse myself in rugby league culture, it’s still a distant reality for me and most of the team. Maybe spend a year outside Brazil, experience it in every way. I want to be in France in 3 years and make the most of it, maybe become a rugby league referee or coach one day and be able to inspire, give opportunities and help more girls to have incredible experiences through rugby.