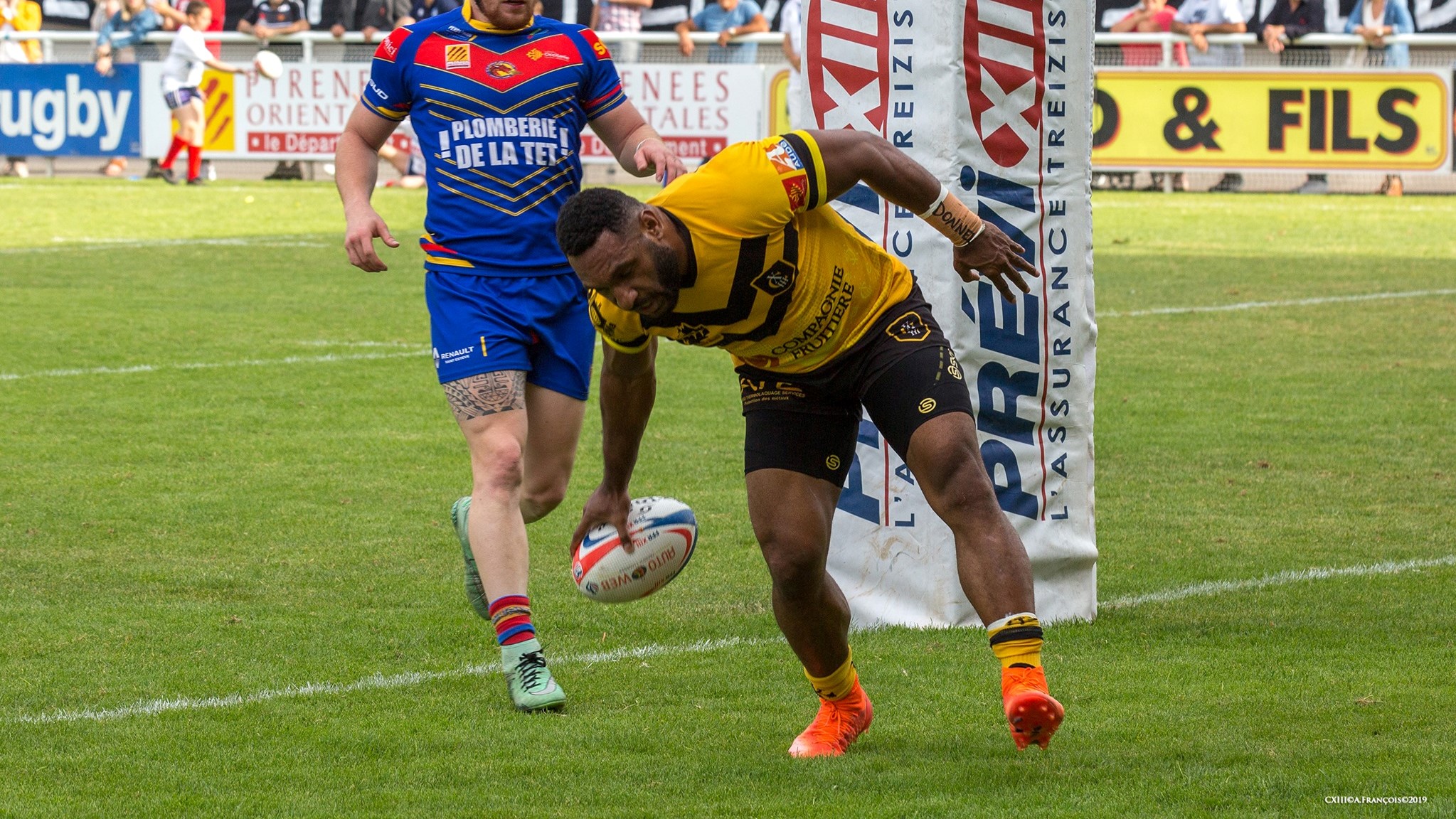 Garry Lo : « Winning the French Cup means a lot to me »

For his first season with Carcassonne, Garry Lo had a big impact in the French Cup final victory. He talks to us about this win ans his future.

Garry, you already won a competition with Carcassone, what does that French Cup mean to you ?

For me winning the French cup means a lot to me, like it’s my first season with Carcassonne and it’s a good reputation for myself.

About the Championship now with the semi final against Limoux, what kind of game do you expect ? How can you beat them ?

The Game this week against Limoux, it’s gonna be tough game because we beat them two times this season so they gonna come hard on us. Also it’s semi final, but we have to do little things right to get a win as Coach Patrick and Fred told us.

Generally, what do you think about the team this season ? And how do you feel personnaly ?

That team this season for me it’s like playing back home in PNG, the boys and the coaching management we were just like family. The way they talk to me, I feel like I’m a part of the Carcassonne family.

Will you stay at Carcassonne for the next season ?

For next season i’m not sure yet.